Barely Concealed Productions THANKS everyone who helped with
the Chicago production of:
O'Brien & O'Brian
by John Enright

"It's easy to find charm in a script that can move lightly from odd lovers to sapphic liaisons to EPA lawsuits involving beavers." -The Chicago Reader

"More wit, complications, and laughter per minute than any play I have attended this year." -The Frugal Chariot

"A great week night escape, enjoying art and local talent at the art district in Pilsen. We recommend!" -The Chicago Chic

“In 'O'Brien & O'Brian' Enright confronts, without malice, judgment or preaching and using a touch of comic human empathy, the confusion that can result in recognizing and confronting sexual identity in today's world.” -The Beverly Review

A romantic comedy about lawyers in love, homophobia, Irish-phobia, and finding your heart's desire. 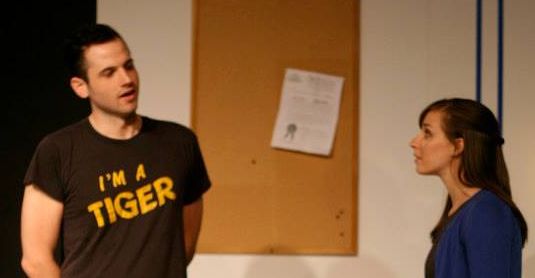